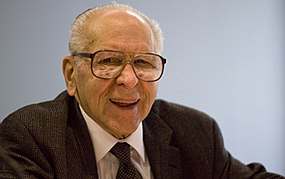 The iconoclasm of Thomas Szasz

An external comms job has come up for a fluent German/English speaker based in Göttingen for a biochemical company called Sartorius.

I interviewed Cornell Classics Professor, Michael Fontaine, on Zoom last month about his new book How to Tell a Joke, which features examples from the rhetorical handbooks of Cicero and Quintilian.

We talked about who Cicero and Quintilian are, and why their works are still relevant to speechwriters.

You can watch the video here.

Madness as a Metaphor

I discovered I share, with Michael Fontaine, an interest in the psychiatrist, Thomas Szasz.

Szasz is fascinated by language. He argues for ‘clear thinking and clear speaking’. He wrote a book of aphorisms called The Second Sin. The first sin was eating of the tree of knowledge, the second sin (the Tower of Babel) is ‘speaking clearly’.

You can access a PDF version of the book here.

See him being interviewed by Jonathan Miller here. (rubbish images but the sound it good)

The Essentials of Speechwriting

Alan Barker is taking booking for an online Essentials of Speechwriting on 10 June.

Linda Guest, a headteacher, based in Manchester, has joined the UK Speechwriters’ Guild.