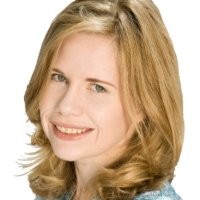 Last year Margaret Webster joined the UK Speechwriters’ Guild. I had known Margaret 25 years earlier because we were both members of the Grosvenor Square Speakers in London – part of Toastmasters International – a group that trains people in public speaking.

I was chatting to Margaret during the lockdown and I happened to mention that I always remembered her speech about the zombies, which she made at one of the club meetings. It made a deep impression on me at the time.

To my surprise, Margaret still had a copy. She sent me the text. These days Margaret works as a professional copywriter – so she’s anxious to say that this is her ‘juvenalia’.

It doesn’t seem to have any fireworks in it that make it last such a long time, but I’ve never forgotten it, so we need to ask ourselves what made it so memorable? (And, of course, the subject matter has fresh relevance at the moment)

Have you ever slept with the lights on?

As it grows dark, you realise that you are lost. But you are not too uncomfortable because it is a moonlit night and you can still see fairly well. As the hours pass, you are becoming increasingly cold, tired and hungry but you keep going in the hope that you’ll stumble on the right path and get back to the house

All of a sudden, you round a corner and come across a clearing. At the far end of the clearing, you see a man. You are flooded with relief – at last, someone who can help you. But your relief turns to terror as you realise that it is not a man but some kind of monster. Nearly eight feet tall, it is huge, dark, hairy with pointed teeth and vicious claws.

As it fixes its yellow eyes upon you, your blood runs cold. You try to scream but you cannot make a sound. You try to run but your legs have turned to lead and you are rooted to the spot. All of a sudden, as if you have been hit by a bolt of electricity, you jolt into action and run, run, run through the forest.

As you flee for your life, you can feel – on the back of your neck – the hot breath of the monster.

What a load of silly nonsense that is! Who even believes in monsters anyway? I certainly don’t.

So why do they have such power to disturb, even distress us? Why do we bother to listen to horror stories if all they do is upset us? Because we need them.

The very thing that makes us human is our need to understand ourselves and the world that we inhabit. And the way that we do this is by creating stories that explains things to us. This has been true from ancient times and it is still true today. The industries built on stories – publishing, films and multimedia – are among the biggest and most profitable industries in the world and are set for further growth in the next century.

Well, let’s start with the monster himself – after all, he is the star of the horror story. History has furnished us with many monsters – vampires, werewolves, serial killers, aliens, dragons, witches, ghosts, hobgoblins – and they all have the same general meaning.

Monsters represent all the uncontrollable forces that can have an impact, particularly a negative impact, on our lives. Real life monsters include everything from violent crime to natural disasters, from illness and accidents to drug addiction, from disease and disability to divorce, from financial losses to broken hearts. All these monstrosities can, like the monster in the horror story, come out of nowhere and spin our lives into disarray.

Now let’s turn our thoughts to the monster’s victims – the other half of the horror story. Victims have one of three fates – they either succumb, become or overcome.

The victims who succumb are usually killed. Their fate reminds us that our monsters should be taken seriously and indeed can even be the end of us. In real life, all kinds of monstrosities end lives – either literally by death or metaphorically by crushing the spirit of their victims.

The second fate of horror story victims is to become a monster themselves. Vampire and zombie stories, in particular, depict this fate. Again, this is reflected in real life – consider for a moment the enthusiastic collaboration that the Nazis received from some of their victims.

But in every horror story, at least one of the characters overcomes the monster. Usually, as in our visualisation, they are initially gripped by paralysis and panic but eventually they are able to take positive actions which enable them to conquer the monster. And we, the reader, feel confident that the character has been made stronger by their ordeal and will have greater ability to fight monsters in the future.

I’m sure all of us can think of monsters that we have had to fight. Initially, we may have been overwhelmed, panic-stricken and powerless but eventually we pulled ourselves together and sorted out our problems. Now when we look back – we may still shudder, but we know that we are stronger, richer people for our experiences.

But before we begin feel too comfortable, remember how most horror stories end. Almost invariably, they finish with the hint that the monster has not been completely vanquished and may yet return. This is the horror story’s final message – do not become too complacent or forget that there really are dragons out there.

So, in summary, why do we need horror stories? Because they help us make sense of the uncontrollable forces to which we are all subject. And they reassure us that whether our monsters are merely horrible or truly horrific, we will not be their helpless victims but that we will be able to take positive actions and overcome them.