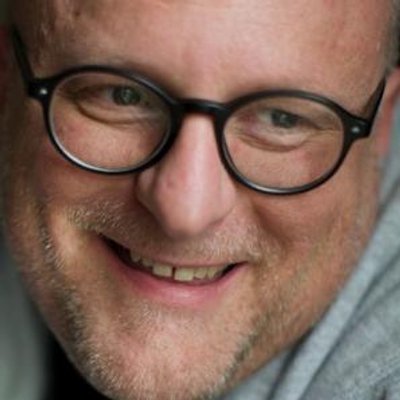 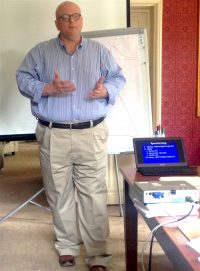 One of the things the UK Speechwriters’ Guild likes to do is fly in trainers from America to share their expertise. Their approach is different, but useful. Because we’re not so familiar with American culture, the examples are fresh.

On 21 June 2016, Mike delivered a speechwriting workshop at St Matthew’s conference centre in Westminster. His background is as a physicist and a computer programmer.

It’s hard to summarise a day workshop in a few paragraphs. So here’s some of the asides he gave us.

One tip was when you’ve finished the speech, change the font and point size of the text and then read it out again. It’ll make you see the speech in a different way.

Our task – give that we’re not usually working for charismatic performers – is to make sure the audience doesn’t fall asleep, or hate the speaker. That’s why he advised that no speech should last longer than 20 minutes.

But he mentioned that Penn (of magicians, Penn & Teller), once wrote an article for the Cato Institute, about how entertainers can get away with all sorts of stuff – the takeaway was, ‘start juggling, monkey-boy’. It’s online here.

You can read a transcript of it here.

Lucia Hodgson advises on how to handle TV debates