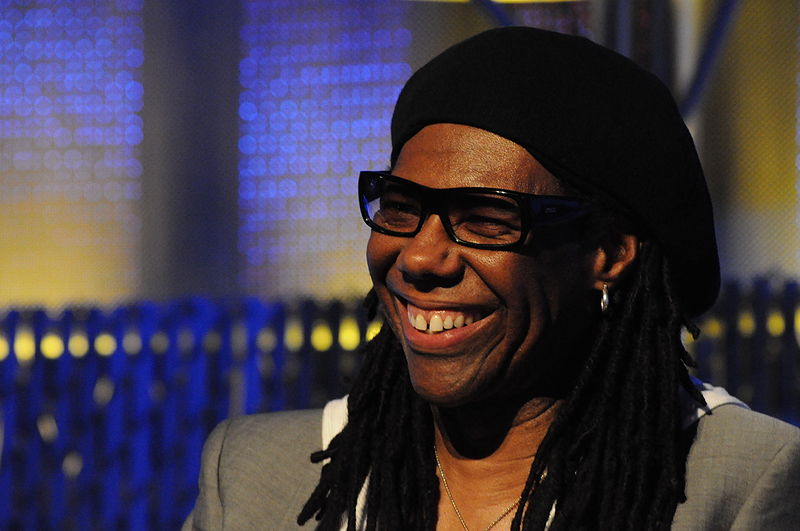 The Confederation of British Industry, based in London,  is looking for a speechwriter.

Apply by the end of the week.

I loved this quotation so much I decided to read Nile Rodger’s autobiography, called Le Freak. There’s some great stuff about how he wrote songs.

He started off writing songs for his own band, Chic. He and his writing partner created a method whereby they tried to inject ‘Deep Hidden Meaning’ into the lyrics. He says, ‘We wrote for the masses, but worked tirelessly to make sure there was a deeper kernel that would appeal to the savvier listener.’

When disco crashed in the late 1970s, he got a new gig writing for Diana Ross. He met up with her, talked about what was going on in her life, and then went away and wrote songs for her.

It started off well, but then Ross got some negative feedback on the tracks and Rodgers was sacked. Ross eventually released the songs, which included huge hits like Upside Down.

Here’s a delightful short video that illustrates his point.

It just goes to show that even the best writers have serious trouble with their clients. And it begs the question, why not introduce ‘Deep Hidden Meaning’ into our speeches?

It includes my take on the method that Shakespeare used to write his speeches.

The bit that troubles me is page 20 & 21 about ‘Disinformation and Misinformation’ – the Government has felt emboldened to ‘remove harmful content’ from social media. One of the agencies trusted to remove ‘dangerous disinformation’, was the Army’s 77th Brigade, a combined regular and reserve unit.

Who decides what amounts to ‘dangerous disinformation’?

Let’s say you have been appointed by the Government to counter ‘dangerous disinformation’. What should the appropriate penalties be, if you ordered the removal of information that later turns out to be accurate?

I was surprised that Alex’s post of this document got 381 likes. Sure, if you want to get a plum post in UK Government communications, it might not be a great idea to make an enemy of Alex by pointing out that he’s acquired powers akin to those of former Eastern European dictatorships.

George Bernard Shaw said: ‘All that can be said for medical popularity is that until there is a practicable alternative to blind trust in the doctor, the truth about the doctor is so terrible we dare not face it.’

Zoom conversation is different, and for the past 16 months we’ve been exploring the possibilities every Friday afternoon at 3.30pm (London time).

Lauren Edwards, a manger at the Bank of England, has joined the UK Speechwriter’s Guild.