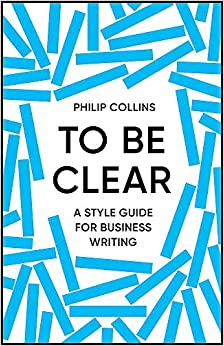 The UK Department for Business, Energy and Industrial Strategy is looking for a speechwriter.

The UK Ministry of Justice is looking for a speechwriter.

Edward was a keen supporter of the Network. He first spoke at one of our conferences in 2010 in Bournemouth. He came to Cambridge to present the Fred Metcalf Award in 2018 (Fred was a college friend of Edward’s) and he introduced the conference in Oxford in 2019.

There were some nice lines about him in his obituaries. This one from The Times:

‘Annan’s emphasis on human rights was eloquently articulated in speeches written by Mortimer. Somehow this fellow of All Souls even managed to capture authentically some of Annan’s whispery Ghanaian vernacular.’

His FT obituary also showed that a speechwriter isn’t just an amanuensis, he or she can be an important counsellor.

‘Jean-Marie Guéhenno, head of UN peacekeeping in those years, said he brought more than a sharp intellect to the UN. “I think he contributed a lot to the unique style of Kofi Annan’s leadership: he had a capacity for indignation, which is rare at the UN, but his deep sense of ethics was never overbearing nor patronising. He was a modest man with a passion for ideas, and the speeches of Kofi Annan reflected that.”’

Edward regarded speechwriting as an important skill that deserved respect.

There are some tributes on this page of the United Nations website and a short video in which Edward talks about speechwriting here.

In my last email I mentioned Nile Rodgers’ creative theory of songwriting, which resonated with a lot of people.

Since then I’ve been digging deeper and discovered Rodgers has been doing a podcast on Apple Music for the last year with songwriters, called Deep Hidden Meaning. It’s amazing.

I loved his conversation with The Edge about how the even the brightest songs need a darker undertones ( a problem with corporate speechwriting is that it’s usually relentlessly upbeat ), he also revealed to Gary Barlow that Chic used lyrics from Great Depression classics in their song Good Times.

He talks to Tayla Parx about how she wrote Panic! at the Disco’s hit High Hopes, (which Donald Trump used on his campaign trail – against the wishes of the artists).

It turns out that songwriters often get briefs – to write something for a film, for example. So they suffer from the same constraints and frustrations as speechwriters.

You can listen to the podcasts here.

Nile Rodgers did this video – a classy script with ingenious use of photos. It strikes me as the sort of thing everyone should have on their Linkedin profile these days.

It’s called To Be Clear.

It says on the dust jacket:‘To Be Clear is a call to arms, urging businesses to stop using the language of nonsense and start using language that has clarity and meaning.’

You can get a copy here.

We’ve go three dates in the diary for the Essentials of Speechwriting with Alan Barker.

Thursday 30 September, we’re proposing to book a room in central London for The Essentials of Speechwriting and return to the ‘live’ training sessions.

I’m proposing to organise a series of online events in the autumn. If you have any requests for subjects you’d like us to cover, or individuals you think it would be interesting to interview, please do send in suggestions.

We’re still Zooming every Friday at 3.30pm (London time). Do log on…

Nick Hawton has joined the UK Speechwriters’ Guild. Nick writes speeches for  the International Committee for the Red Cross in Geneva. Before that he worked at the European Union and for the BBC.

He spent some years chasing down Radovan Karadzic, as you can find out in this interview.