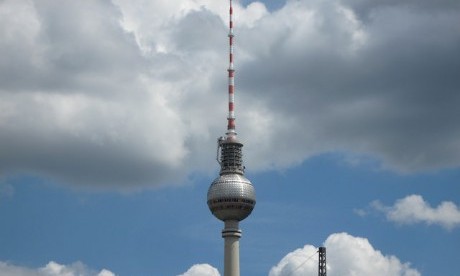 The 11th European Speechwriter Network ‘Speechwriters’ and Business Communicators’ Conference will be held at the Neue Mälzerei, Friedenstraße 91 in Berlin on 22 & 23 October 2015.

The conference will offer advice and inspiration to solve some of the difficulties facing speechwriters in their daily work across Europe.

Hans Kristian Amundsen, the former speechwriter of the Norwegian Prime Minister, Jens Stoltenberg, will be sharing what he learnt about speechwriting from his experiences during the terrorist attack in Norway in 2011.

A former speechwriter for the Israeli ambassador in London, David Krikler, will offer some suggestions on how to counter prejudice and misinformation.

The press secretary of the German Speechwriters’ Guild, Jacqueline Schäfer, will discuss whether the role of speechwriter needs to be a ‘scribe or a consultant’, giving advice on how to build a strong relationship with a speaker.

Two top Dutch speechwriters, Marina Lacroix and Suzanne Levy, who are also outstanding musicians, will speak about the links between rhetoric and music, and how speechwriters can use musical insights to write more powerful speeches.

American rhetoric expert, Jay Heinrichs, will close the day with a keynote about what we can learn from about great speeches from Hollywood.

There will also be a pre-conference day of workshops with trainers from America, Russia, UK and Germany. The conferences also feature lots of opportunities to share meals and drinks with other speechwriters.

UK-based organiser, Brian Jenner, said, ‘Berlin has always been a city of ideas and speeches made in Berlin have sent reverberations throughout the world promoting change, unification and liberation. Germany has a vibrant culture of speechwriting and we want to draw them into the European tradition.’

The conference will be in English. Tickets are available here.