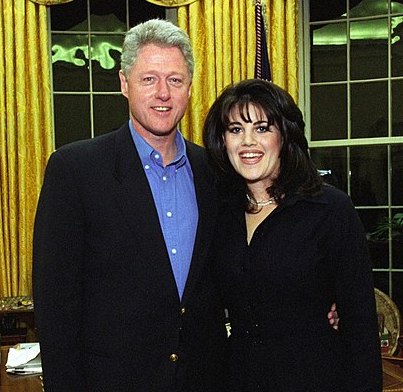 Is speechwriting a deception?

Kathleen Wyatt’s new book, The Social Superpower – The Big Truth About Little Lies argues that fibs are necessary and protect us from harm

Wyatt is a journalist turned speechwriter. One might speculate that she has been motivated to write a book about deceptive trades because she is uncomfortable in her new role (although that’s a bit generous, as some would argue that journalists have a complex relationship with truth, too).

People get angry with the idea that speechwriters even exist. They are convinced that figures in authority should write their own speeches. To have someone do it for them, they think, is cheating.

The book opens with an account of how Wyatt had a traumatic experience as a student which exposed a secret kept from her parents.

‘People lie to spare themselves difficulty’, is what her former linguistics tutor tells her, and that certainly explains a lot. 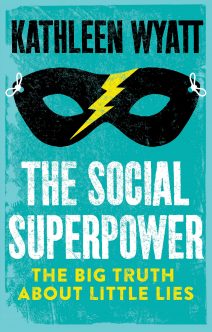 Tiger Woods or Bill Clinton could not live up to the standards expected of public figures, so to keep their reputations and their positions, they had to lie, with spectacular consequences.

Three chapters of the book focus on spies, and how they manage their own worlds of deception.

Wyatt identifies that anyone who chooses that path has a seriously messed up personal life, but maybe there is something noble about the sacrifices they make that we need to be grateful for.

The value of this book is that it reminds us that lies are a major part of life. And we’re actually deluding ourselves, if we think otherwise.

She describes a doctor who wanted to do research into how children tell lies. But he couldn’t get funding to begin with.

We don’t necessarily want to admit that our children tell lies. What possible social benefit would accrue from discovering that they do?

Actually there’s a very important one.

Because children are often asked to testify in court, and the proof that children do lie, is very valuable when it comes to evaluating their evidence.

But the chapter about the children also reveals that to describe every time we say something that’s not exactly the truth, as a lie, is unfair. Society requires ‘fictions’ to help it run smoothly.

Children learn to pretend. Shared pretences, like using a banana as a phone, are not lies. They’re a way for a parent and child to bond. (Supposedly what some scientists call ‘autism’, is a failure to develop this aptitude, and thus an impediment to building successful relationships.)

This book has come out in the aftermath of a pandemic. A time when certain ideas were branded ‘disinformation’ and ‘conspiracy theories’ and removed from social media.

Wyatt describes how the dictatorship of Rodrigo Duterte in the Philippines used digital media to build populist support and manipulate opinion though social media. She then shows how a journalist Maria Ressa has set up alternative media to expose his lies. It’s an exhausting and toxic battle of claim and counterclaim.

The conclusion is that an ‘atom bomb has gone off in our information eco-system’. Online media is a 24-hour pipeline of sensation, and as human beings we have according to American sociobiologist, Edward O. Wilson: ‘Paleolithic emotions, medieval institutions and god-like technology.’

By this point in the book, the reader is coming to terms with the idea that ‘objective truth’ is an elusive concept. Wyatt points out that we have a linguistic problem: ‘While a splendid array of verbs articulates lying, there is none for ‘truthing’.’

There are facts, but we also have values. Our family values may require us to conceal certain facts to protect other family members. Most people are comfortable with that.

But when you get to the global stage, there are professions, businesses and Governments that also need to protect their own reputations. And that means facts may have to be concealed to maintain faith in institutions.

Advanced speechwriting training will teach you that truth may well exist, but it doesn’t compel action. If you want to persuade someone to do something, you’ve still got to deal with those ‘paloelithic emotions’.

Wyatt makes me feel that we need to be a lot more relaxed about disinformation and conspiracy theories.

We all have the ability to make our own judgements as to whether someone is telling the truth or telling lies. And therein lies a paradox: ‘People show themselves by how they hide themselves’.

Braggarts can be very entertaining figures. Falstaff is one of the great characters of the stage. He tells ‘fantastical lies’ but the audience love him, because he’s fun.

Everyone knows Donald Trump doesn’t tell the truth most of the time, but he was entertaining, and enough voters preferred him to the alternative.

Freud suggested that whatever we say, the truth leaks from every pore.

Boris Johnson never really believed that the measures taken against the pandemic were necessary. He just didn’t have the courage to take on medical opinion. That he was happy to host informal social events in Downing Street shows that.

Was he lying to the British people? No. The fiction of political authority (a better concept than ‘lie’) is that we have to support it to prevent anarchy.

In a climate of intense fear, people demanded decisive action. When every country in the world was taking draconian steps, it was hard to step out of line.

We all got caught up in a maelstrom of lies that lasted for two years. They only dissipated when we moved on to an alternative storehouse of fear, sensation and lies: the Ukrainian war.

Time is actually the only thing that can distinguish truth from deception.

We’re all urged to be ‘rational’, but in the C17th century, it was rational to believe in witches because they were mentioned in the Bible. What we agree to be ‘rational’ shifts over time depending where we identify the source of ultimate truths to be.

Wyatt ends the book with an interview with Lord Browne. The former chief executive of BP concealed his sexuality for many years, but then was forced to reveal he had been in a relationship with a man. This resulted in his resignation.

Browne expresses regret about not realising how the world was changing.

And that’s probably the best takeaway from this book.

All the world’s a stage, and we have to adapt to accommodate the expectations of the audience.

Samuel Butler says in The Way of All Flesh:

All our lives long, every day and every hour, we are engaged in the process of accommodating our changed and unchanged selves to changed and unchanged surroundings: living, in fact, is nothing else than this process of accommodation; when we fail in it a little we are stupid, when flagrantly we are mad, when we give up the attempt altogether we die, when we suspend it temporarily we sleep.

All a speechwriter ever does is offer professional advice to a person who is in the process of adapting themselves to changed and unchanged surroundings.

Kathleen Wyatt has responded to this review:

Thank you for the detailed review. Thank you too for giving me the chance to reply to one point.
I am grateful for any review of the book itself, so I will make no comment there!

I want only to address my motivation for writing the book.

I am not disillusioned as a former journalist nor a current speechwriter. I wrote about lying because of two big, and very different lies in my life, not because of a deep dissatisfaction with my profession(s).

As a speechwriter, I think I get an incredible opportunity to search for the truth at a given time and place, and for a given person.

My quest to understand our well-hidden little lies a little better, was similarly a quest to find truth in a challenging arena.

So… Is speechwriting a deception – or an illumination? I look forward to hearing what our fellow speechwriters have to say!