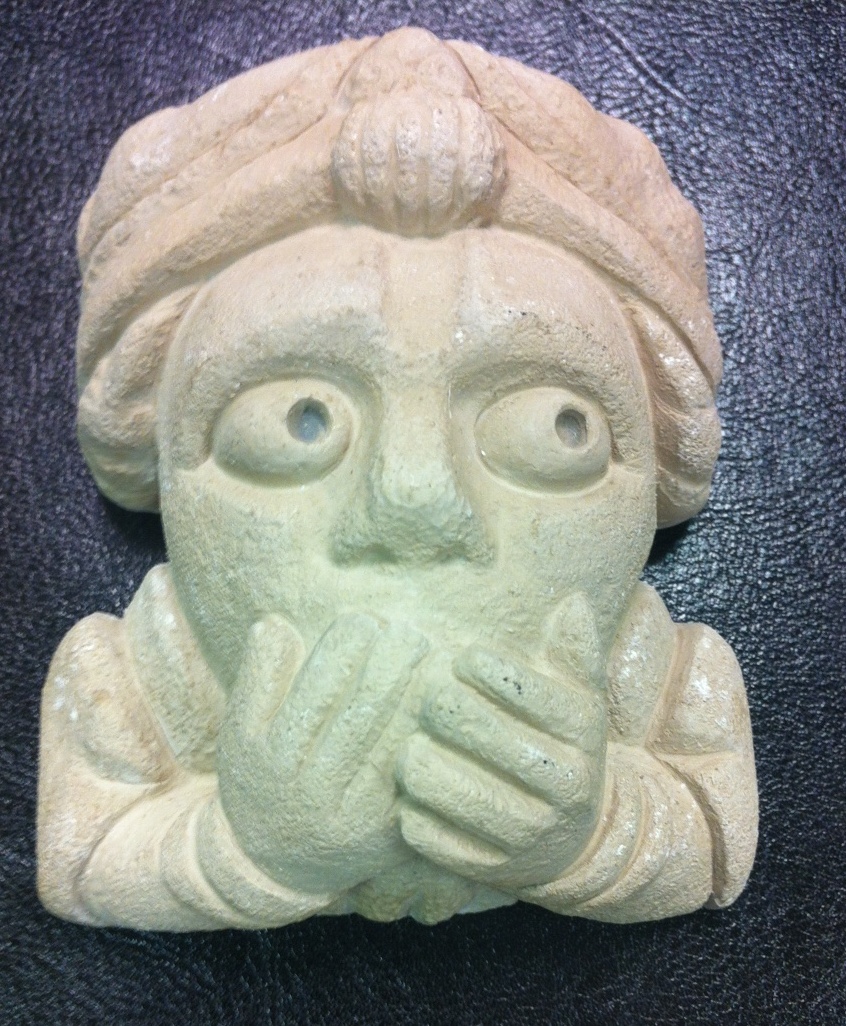 The UK Speechwriters’ Guild has created a new trophy for Steve Bee, from Jargonfreebenefits, who has won our award for Business Communicator of the Year.

The award is a reproduction of a gargoyle from the Bodleian Library in Oxford which has the motto, ‘tread lightly, speak softly’.

One of the judges, Brian Jenner, commented:

‘Being British we think that the best business communicators are not the soaring motivational speakers, but men and women who are cautious and wise in the selection of their words.’

‘This year’s winner, Steve Bee, spends a lot of time thinking about how to communicate the complex world of pensions to the layman. He even manages to make jokes about the subject.’

The award is inscribed with a dedication and will be handed to Steve at the UK Speechwriters’ Guild Annual Drinks Reception at St Matthew’s Conference centre in Westminster on Thursday 20 November.

The event includes wine and nibbles and is open to anyone who would like to hear Steve explain how he demystifies pensions.

Tickets are available at https://uksgreception.eventbrite.co.uk

Why go to an international conference for speechwriters?