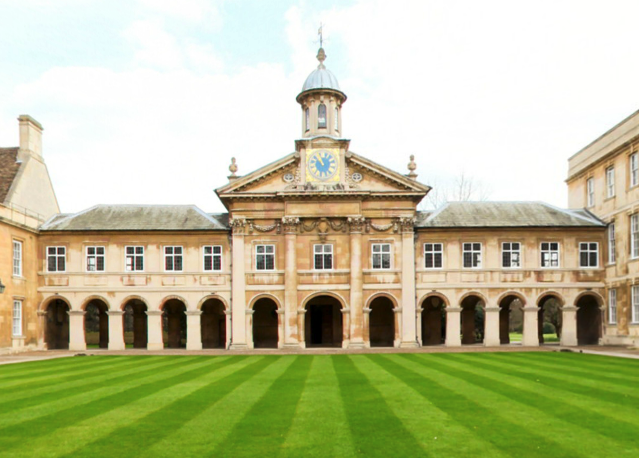 On February 13, 2008, I arrived at the Mayflower Hotel in Washington DC for my first speechwriters’ conference.

Prior to that I’d never met anybody else who did my job.

After spending years trying to explain what I did to others (who usually thought it was impractical, unnecessary or even fraudulent), I suddenly found myself in a room with over 200 people who did what I did. They understood the problems I experienced.

My life was never the same again.

To flourish as a speechwriter you need to meet other people who do the same work.

The way banks and financial institutions communicate is changing. This year’s conference will reflect this.

We’re running a special pre-conference training for people working with economists and central bankers. And we’ve got a speechwriter from one of the most prestigious financial institutions in the world giving a speech.

You’ll spend three nights in Emmanuel College. You’ll discover what it’s like to be a Cambridge undergraduate.

Emmanuel’s chapel was designed by Sir Christopher Wren. Its alumni include three Nobel Prizewinners, as well as one of the founders of Harvard College, Oscar-winning actor and director, Richard Attenborough, and novelist, Sebastian Faulks. The conference will take place in the Queen’s Lecture Theatre, one of the quirkiest meeting rooms in Cambridge.

The journalist David Brooks once said, ‘Join a club that meets once a month. That produces the same happiness gain as doubling your income.’

Having the chance to hang out with the same people who do your job for three days a year is also a happiness gain. Usually 50% of delegates have been before. The conference includes a three-course banquet and a public speaking competition.

I’ve been to family reunions, school reunions and university reunions, but none of them beat a speechwriters’ reunion.

We’re all hungry for proper conversation about serious subjects. And speechwriters crave that most of all because they have to lead conversations on a national and international level. It’s what leadership is all about.

Not only will you get outstanding training and listen to 15 speakers in beautiful surroundings, you’ll be with some of the smartest people working in political and corporate life.

It is a paradox. These days you’ll find the most passionate and committed Europeans are in Britain. The upheavals we’ve experienced have focused our minds on what we’re losing.

Europe was never just about governance, it was about forging a new identity and a new demos.

Over the past 10 years our group has nurtured its own sub-culture, which you can contribute to and learn from by attending the conference.

We haven’t changed the prices from last year.

Book before Christmas to get your early-bird place at the 20th Speechwriters’ & Business Communicators’ conference in Cambridge. Tickets and full programme available here.